HRH The Duke of Gloucester returns to Duke House 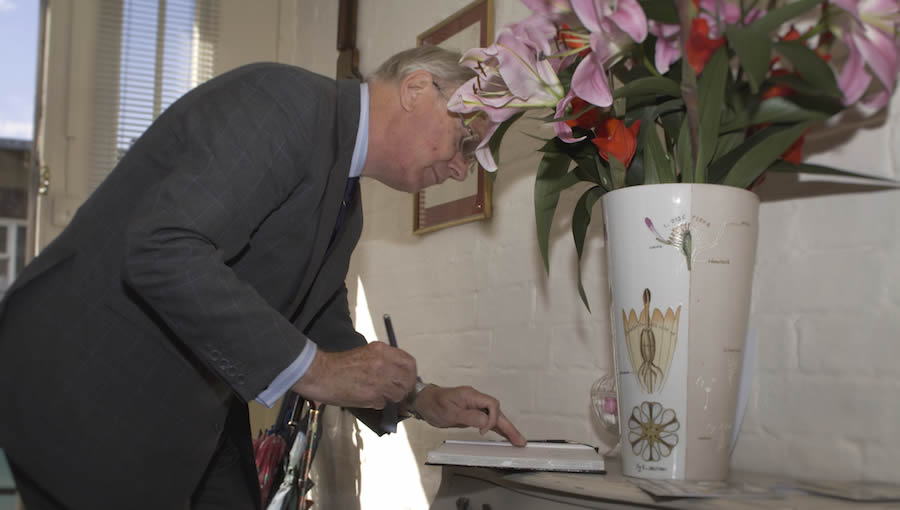 On Thursday 13 September, we had the delight of welcoming His Royal Highness the Duke of Gloucester to Duke House. The Duke had requested a private visit so that he could see how his former home had been transformed over the years since he lived here as an architectural student from 1967 to 1969. 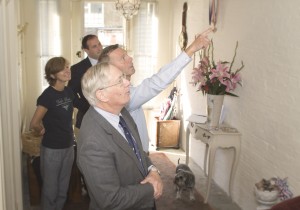 HRH The Duke of Gloucester admires Rob’s hard-won blades. Rob is thrilled someone finally noticed them! Liz and Simon look on. Note Georgie the dog standing to attention on the right!

Back in 1967 the then Prince Richard had bought what is now Duke House, where he lived (along with a cohort of fellow architectural students) for a couple of years. Our friend and adviser John Gordon-Saker contacted the Duke’s office and, with an official engagement in the region, the Duke’s private secretary arranged for a full viewing!

For almost an hour, the Duke toured the house, pointing out where walls had once been, admiring the bedrooms (observing that the standard was somewhat above his student days!) and regaling us with tales of his life in the house – including the 2am demolition of the old staircase to make way for the present arrangement which he and colleagues designed and had built. And then there was the fact that his old room is the one we – quite fortuitously – christened the Gloucester!

The whole visit went extremely well and even Georgie the dog showed due royal deference by offering a quick sniff of the trousered leg and then quitely standing to attention throughout without any barking at all.  (Previous guests might point out that this is not always so!)

Will his family follow in his footsteps and visit us? Who knows. What we can say is that we enjoyed his visit immensely and hope that, one day, he might return for an even longer stay…